We aim to provide content that helps our prospective customers’ questions and expand our brand’s visibility. 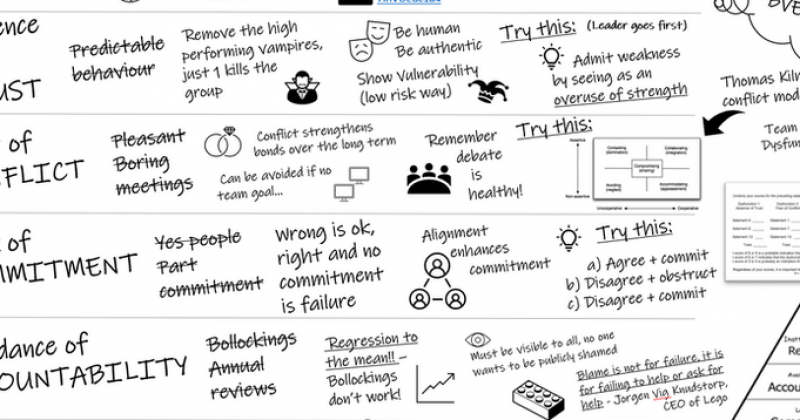 Why are we all so dysfunctional?

10 days before Christmas in 2013, for the first and only time in my life I found myself being held against my will as a hostage, of sorts. On a calm and sunny Saturday morning in Guangdong in Southern China, myself and a few colleagues were putting on brave faces in the empty office of a typical local factory. This factory was owned by a group of companies of which I was the Managing Director at the time.

There had been a complete breakdown in the relationship between our founders and the150 strong workforce in China, who had now split into two groups. One group, roughly half, had downed their tools and taken up camp in their accommodation block within the grounds. They were refusing to work and they were vandalising their dwelling. Occasionally one or two of them would emerge, damage some factory equipment and then scurry back to the dormitory. And this was the good group.

The second group had absconded and reassembled themselves in the form of an angry mob at the entry gate of the site. Although I don’t speak Mandarin or Cantonese, I am quite sure that their chanting had hostile intent. Or maybe it was the way that they waved their weapons at us.

As I sat in the office having had my passport confiscated, with no-one answering our phone calls for help and no way of us leaving the premises, my overwhelming thought was ‘How did I end up in this mess?’

Five days later and I am onboard a flight home. There was no way of knowing at that time, whether we would be able to recover the situation and get our operation in China back up and running. If we were unable to recuperate then our UK business was almost certainly heading for failure.

Being unable to sleep onboard the plane and having sobered up, I escaped in a book, Patrick Lencioni’s The 5 Dysfunctions of a team. As I soaked in the words of wisdom two things happened.

Firstly, the question which I asked myself in my moment of despair 5 days earlier ‘How did I end up in this mess?’, was somewhat answered. The 5 Dysfunctions of a Team revealed many of the previously invisible forces at work that led up to hostage day.

Secondly, I had a new perspective on what was action was going to have to be taken over the coming weeks and months, to fight for the survival of our company and recover the situation.

It is fair to say that an angry mob surrounding their foreign owners and threatening them with violence, is slightly beyond mainstream dysfunctional team dynamics. But I’m sure that you can appreciate that things had escalated over a lengthy period of time. And for most of that time, our dysfunction was more typical.

But what level of dysfunction is typical?

Why does it occur?

Whom should do what about it?

Recent circumstance reignited these thoughts which in turn led me on a journey to question why motivated, intelligent people with common goals, end up as a dysfunctional group. To answer this I lost several hours to YouTube until a 3 minute conversation with my 13 year old daughter Emily helped the penny drop.

Emily told me that she would soon be studying the Lord of the Flies at school. I had done the same 25 years earlier. She reminded me that the Lord of the Flies is a story of a group of youngsters who find themselves abandoned on an uninhabited island. They fall into anarchy and attempt to form an assemblance of hierarchy. However without strong and experienced leadership, they end up reverting to complete disorder. Violence is rife and survival of the group is jeopardised. This invoked flashbacks to December 2013 so we stopped talking.

But I couldn’t stop thinking.

Lord of the Flies slaps us across the face with the unsavoury fact that dysfunction in a group of humans is a natural state. Status quo. Let’s ignore the cause of this for now.

So if a team with a goal is dysfunctional, and a team is made upon individuals, logic tells us that we simply motivate and engage individuals to achieve achieve group goals.

But I don’t like this idea, at all. It feels overly simplified. And as logical as it is, in reality it may be flawed.

After all, do any of us truly believe that people can be motivated?

We are born motivated. Look at the world we have created around us. Pay attention to what each of us do on a daily basis. Being motivated is our default mode. When our motivation is worn down and threatened, we move onto something else and channel our efforts into something new – because we are programmed that way. We are motivated beings.

The most common example of this; newly appointed employees who arrive fresh faced and ready for action on day one, but don’t often depart their organisations feeling and behaving in the same way. Which is generally why they are leaving.

If motivation is our natural state then attempts to motivate individuals are futile. Once we accept that there’s no need to add fuel to the motivation tank, we turn our attention to preventing a leak. And that’s when we start talking about people engagement.

People engagement seems to be amongst the top priorities of many companies at the moment. Clearly recent global events have given us all an unprecedented window of opportunity to gain a new perspective on what we want. This is causing problems for corporations. And we are currently in an employee’s job market, so in general, employees will get what they want. Or at least they will get what they think they want…

On top of traditional incentives for individuals such as pay, bonuses, promotions, we are now piling on circumstantial environmental benefits for the individual. Often this means working from home or on flexible hours. All in the spirit of increasing motivation (impossible) and retaining engagement.

But studies such as the Gallup 12 are reporting that engagement levels are low and not improving. Maybe the jury is still out on this one.

That said, in my experience the novelty of a new work environment for example working from home, a shorter commute, an exciting new job wears off almost as quickly as a pay rise, promotion or bonus. It’s not that these changes are not valued, but that they are soon overshadowed by a more powerful force…

You cannot scroll through LinkedIn for very long before reading a post which poses “People don’t leave their companies, they leave their manager”. And the fiery comments in agreement are aplenty…

This social media meme could be giving us a clue as to where we may be going wrong, but it is not quite a complete diagnosis. The palate probably needs a few more colours adding.

Human relationships are complex. They need nurturing and protecting. They are fragile. Put people together in a group that has a goal and these relationship are placed under extreme pressures. We find individuals in a circumstance where they are both striving to achieve the group goal whilst competing for their own ambitions. Everyone fights for a place at the teat, and mother pigs resources are limited.

This dissonance causes problems. It is at the root of fall outs, grudges and resentments. It is this environment that erodes our motivation and is the dark cloud causing disengagement.

Ultimately this inevitable dynamic is what creates the team dysfunction. Sadly the motivational therapy or engagement medicine at an individual level will not cure the disease.

And this is not the leaders fault.

But it is a leaders problem.

And a good leader will recognise this and do something about it.

During the years that we spent recovering from our crisis in 2013 and building a strong and stable business from the ashes, we held firmly onto the principles of The 5 Dysfunctions. I still do today. For years, I avoided engagement schemes aimed at individuals and dodged activities that were designed to motivate a person. Everything we did was serving the benefit of the team. By adopting the principles and techniques that avoid these dysfunctions at all costs we ended up with a by-product; a great business and a fantastic team.

Leaders must recognise that for an individual, being highly motivated and engaged is the default mode. They must also accept this mode is threatened by the naturally occurring dysfunction of a team. They must then go against their intuition and address the latter to preserve the former.

The five dysfunctions are:

1. Absence of Trust. Teams who lack trust conceal weaknesses and mistakes, hesitate to ask for help, jump to conclusions about the intentions of others, hold grudges and dread meetings.

2. Fear of Conflict. A lack of trust leads to the fear of conflict. In these companies, employees worry more about politics and personal risk management than solving problems. Meetings are often boring because controversial topics are avoided.

3. Lack of Commitment. When teams become conflict-avoidant, a fear of failure develops. These teams have difficulty making decisions and second guess themselves.

4. Avoidance of Accountability. Second-guessing and a lack of common objectives then leads to an inability to develop standards for performance. Team members miss deadlines and deliver mediocre work.

5. Inattention to results. When teams lack focus and clear objectives, team members stagnate, become distracted, and focus on themselves. 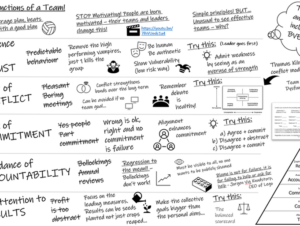 Why are we all so dysfunctional?

10 days before Christmas in 2013, for the first and only time in my life I found myself being held against my will as a hostage, of sorts. On a calm and sunny Saturday morning in Guangdong in Southern China, myself and a few colleagues were putting on brave faces. 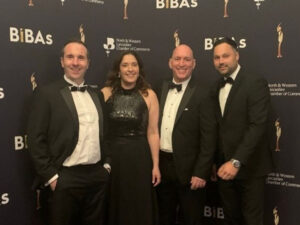 Sirocco Fires at the BIBA Awards

Sirocco Fires manufacturer of Gas Fires and Fireplaces, with an impressive array of products, each designed, developed and produced in house. In 2018, the new and ambitious MD partnered with Everpro. Following a review of the product offering, we were able to channel products down separate routes to market, without disrupting or interfering with separate market sectors. 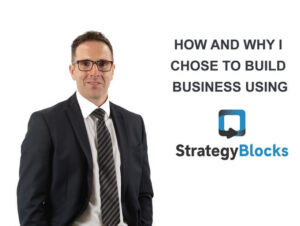 Building a Strategy with Blocks

A case study, produced by Strategy Blocks in 2019. An example of how the right software, in the right environment can dramatically improve performance and culture. FiredUp is a global corporation that manufacturers and distributes domestic heating solutions and fireplaces to the consumer market.

Do you have a project in mind? Let us know!

We work with companies of all sizes from start-ups to bespoke manufacturers and eCommerce.

BOOK A MEETING WITH US